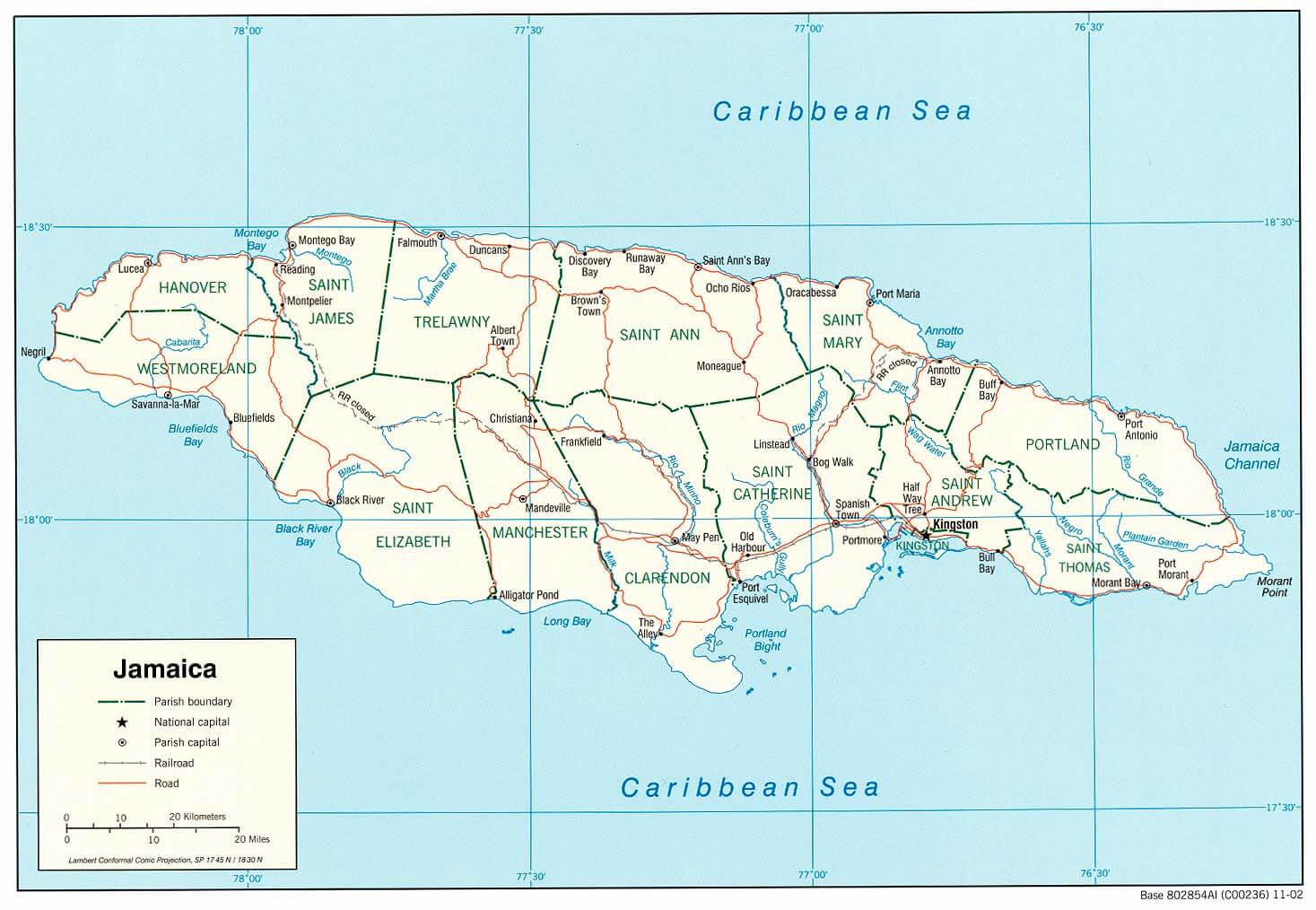 Historical Overview of Jamaica and its People

Jamaica’s history is simultaneously colorful, intriguing and dark. It is full of stories about pirates, European dominators, Africans and native inhabitants.

The country was first populated by Arawak Indians (which quickly became extinct after the arrival of the Spanish. Today, some 3,000 or so Arawaks exist only on the island of Dominica).

On his second trip to the New World, Christopher Columbus landed at Discovery Bay in 1494 and reportedly described the island as “the fairest land my eyes have ever seen.” The name he originally gave the island was St. Jago, after the patron saint of Spain. The word Jamaica eventually replaced St. Jago and is fittingly adapted from the Arawak word, “Xaymaca,” which means “land of wood and water.”

Columbus was marooned for a brief period on the island in 1503. Ultimately, Columbus’ son settled in Jamaica in 1509. In 1536, the Spanish King deeded the entire island to the Columbus family. It remained a private domain until the 1620s when Spain reclaimed it. The official reason given to this takeover was that there was religious heresy in Jamaica. The real reason, however, was that settlers wanted title to their land—which the Columbus family refused. The conspiracy, with its accompanying intrigue, produced the desired result. Besides, Spain had also come to realize that the island had tremendous economic potential—particularly from the sale of cow and pig fat from Bahia de Marteca (Montego Bay, the Bay of Lard). Today, the only remaining reference to either Columbus or his heirs is a persistent tale of a secret (yet lost) gold mine located by the first explorer. Legend has it that the location of the mine is somewhere in a largely unpopulated and isolated area along the border between St. Ann and St. Mary parishes.

Jamaica’s first European settlement was called Seville Nueva, located near St. Ann’s Bay. The town was abandoned in 1538 and moved to Spanish Town on the south coast—which became the capital. Seville Nueva is now extinct.

During a war the British captured Jamaica in 1655 and soon turned the island into a vast sugar cane empire. Africans were imported as slaves to work the huge plantations. Slavery ended in 1838 and Indians and Chinese were imported as cane workers, along with German workers—some of whom are still living descendants of this original group.

When England conquered Jamaica many of the Spanish slaves fled to the interior of the country. These people became known as Maroons—a word adapted from the word “cimarron” or cima—meaning mountain top, because of where the ex-slaves resided. Maroons still reside in the region and are allowed a certain element of self-governance.

About 90% of present day Jamaica’s population is African by descent; however, one hears “patois” spoken—a blend of Spanish, French, English and African dialects. A frequently heard word is “Irie” (everything is fine, cool, okay); another is “boondondonoos” (best or delightful).

A hard to miss sight is the presence of Rastafarians—distinguished by dreadlock hair styles (copied from the former Ethiopian leader, Haile Selassie). Their message speaks of world peace, brotherly love and unification.

Jamaica comprises 4,411 square miles and is divided into 3 counties and 14 parishes. It is 146 miles long and varies between 22 and 51 miles in width. It has some 120 rivers and the annual rainfall is 78 inches. About half of the island is above 1000 feet, with the highest point being Blue Mountain at 7,402 feet.

"Pieces of the Past", Jamaican History

Like many cultures, the first Jamaicans, the Taino Indians, used the barter system trading commodities for other commodities. Although there was some gold on the island, the Tainos used it for decorative purposes. When the Spanish arrived in the 1490s and began to trade with the Tainos, they tended to use glass beads and other trinkets. By the early 1500s coins were in use on the island. They were very thin and light, made from copper and called maravedis. More

Jamaica Gleaner News Online
This site uses cookies to serve our services. By using our site, you acknowledge that you have read and understand our Cookie policy and privacy policy. Your use of The Jamaican Consulate Cayman Islands Services is subject to these policies.